July was pretty simple. Pretty much did the same thing as usual: ESO, Dragalia Lost, a bit of STO, Granblue Fantasy, Pokemon Masters, and so on. That’s the thing: when you have so many games that are every-day-games, you don’t get much chance to play other games. But, I did manage to fit a couple more in.

First, V4. It’s Nexon’s new (to the West anyways) mobile MMO. Yes, you can play on PC, but it’s obviously built for mobile. I won’t be giving a whole review in a post, because it doesn’t deserve one. It’s terribly boring, especially on mobile. Basically just auto and press buttons when they show up. Not terribly deep, nor engaging. I dropped it after three days. The story is nothing at all. Extremely generic. And the mobile aspect limits one of the few good things these Korean grinders have: character customization. It’s relatively limited here, though compared to some other games it’s still decent enough. But you still end up with some soulless character, no matter what you do. Oh well, it’s free to try out if you want.

Next, I got Destroy All Humans. I loved this game on PS2, and was quite excited for the remake. And the excitement actually was justified. I am going to do a full post review, once I finish it. It’s not a perfect remake, but nothing ever is, and the good well outweighs the disappointments. From the sales figures we can estimate, it looks like this sold even better than originally, so there’s a decent chance the superior sequel will also get a remake (and I’ll finally be able to finish it – a game-breaking bug/scratch prevented finishing the PS2 game).

For the next month, I’ll continue on my present course. I have a new character in ESO that I’m leveling, a High Elf healer, so that will take some effort. I’m getting better at Bang Dream, though I might have hit a skill plateau. Granblue Fantasy has daily missions for the next little bit, as part of their summer celebration. STO will have its summer Risa event starting next week, so I’ll be participating in that (the ship isn’t the one I wanted, but what’re you gonna do?). I of course need to finish Destroy All Humans. Pokemon Masters got a major update, which actually significantly changes how you interact with the game, so I’ll be keeping up with that too.

I think I’ll also make a list of the games I’m keeping up with for the near future, what I’m planning on playing, what I’ve dropped, and so on. That seems like something that might help me keep focused.

Games I should look at again: 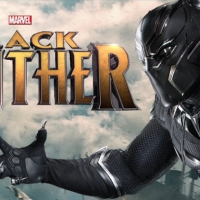