I went into this thinking it’d be quite terrible. Not only was the art completely uninspiring of confidence in quality (generic calarts garbage), but the trailer was quite attrocious. About 90% of that was in this first episode, but fortunately the worst parts of the trailer weren’t here, and the trailer didn’t deliver the top jokes (though obviously it thought it would). And it seemed like it would be the generic modern comedy cartoon, which is something I don’t want in a Trek show.

It actually was that last thing. I still don’t want that in a Trek show. This didn’t feel like a Trek comedy show, but rather a parody of Trek, like you’d see on Family Guy or Robot Chicken (the similarities to Rick and Morty aren’t just in the art). I don’t like that sort of manic, frantic, silly humor (that still somehow manages to stretch a joke too long much of the time) generally, and I don’t think it fits with the Star Trek aesthetic. Trek has done comedy, sometimes even being funny, so it’s not like Trek has to be serious. But this isn’t it.

All that I could tolerate, though, if it weren’t for the main character. Mariner is by far the most annoying character on the show, but she’s obviously supposed to be sympathetic, at least as far as a modern comedy lead is allowed to be. She’s made out to be a Michael Burnham, but “funny”. But Burnham was a big part of what makes STD bad, and Mariner follows that trend. She’s a headstrong, manic, stubborn woman who’s nevertheless always in the right – she’s only rebelling against the stuffy regulations, after all. She’s contrasted with, and in conflict with, the senior staff, who are all jerkoffs, so you know she’s in the right, even if you’d rather she disappeared from your screen forever. This show might even be decent, if it weren’t for her. I don’t see her get any better.

Since it didn’t completely put me off in the first episode, I’ll give it at least a couple more, see if it turns out. I always hope that these new shows will turn out ok – that they’ve learned from their mistakes, and improved and made something better. My hopes are constantly dashed, but Trek is about hope for a better future. So here I am. 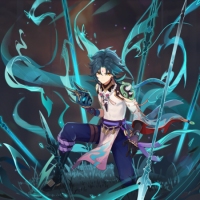