Yesterday ESO made a news post that deals with how they came up with the story for the new expansion. One bit really got my gears moving (highlighting the part that stuck out to me):

“It all starts with the Creative Director, Lead Designer, and myself. They provide guidance as to the type of story they want to see (political, Daedric, Dragons) and the kinds of places they want to go in the world (Elsweyr, Western Skyrim, whatever). Then, I start creating short pitches, exploring the kinds of themes and plots that might be fun and exciting and could only take place at the intersection of those initial ideas.”

As you can tell from the top picture, I have my preferences.

I think I’ve mentioned this before, but I tend to like smaller-scale stories in my RPG’s (much like Syp). Sure, there’s room for the big, world-saving stuff. But in general, I like to focus on the more local problems in games. This is why I love side-quests so much: the quests are almost always about whatever is bothering the local npc’s at the time. Sure, the world might be ending, but what about the dingos after my baby?

Politics is usually bigger-scale than that, but not necessarily by a whole lot, in RPG terms at least. But those are the stories that I want, myself. I look at my favorite games, and my favorite parts of other games. Deus Ex? That’s all about politics (and even throwing some real-world stuff in there, too). Fallout: New Vegas? You’re just voting for who’s going to run Hoover Dam, in essence. Witcher 3‘s best parts were about all the political infighting (and outfighting); I really wish the world-hopping and -saving were entirely excised. And the second game didn’t have any of that mumbo-jumbo. Heck, I thought the politics parts of the Star Wars prequels were the good parts, not boring at all.

Basically, I don’t like existential threats. I’ve long been of the opinion that, if a fictional antagonist is an existential threat to the protagonist (or their goals), then an equally weighty solution is necessary. Basically, a BS villain requires BS to take care of them.

My favorite (most hated) example is Eureka Seven AO, the sequel to 2005’s Eureka Seven. It’s a mecha anime that starts out as a monster-of-the-week show: nothing special, but I still liked it. But at one point a new villain comes in. This villain just shreks everything; not a step above the previous monsters, but a skyscraper. This continues for several episodes, until the show basically gives the protagonist a literal Plot Gun: the only way to resolve the threat is to erase it from the story entirely (and I’m not talking about a self-aware Deadpool way).

Now, obviously not all bbeg’s in fiction are this extreme. But I am constantly being asked to believe the people that started out pretty normal are supposed to be fighting entire armies, empires, or gods, by the end of the story. Even in sci-fi. This just strains my suspension of disbelief. Such stories can still be entertaining in themselves (being awesome is awesome!), but they have a harder hill to climb in terms of story, for me.

Now, what would I want, if I were one of the bigwigs at Zenimax, choosing the story for a new expansion? I’d just focus on what the preview quest hinted at. Not the stuff with the witches and vampires (that could still be a part), but on the political enmity between western and eastern Skyrim. Why doesn’t the Jarl of Solitude recognize the Skald-King as legitimate? What would it take to get him on-side? Or is he a jerk who’s planning on taking over the whole place (Skyrim, not Tamriel)? What about the civilians: what are their attitudes toward the whole situation? That’s what I want to see. 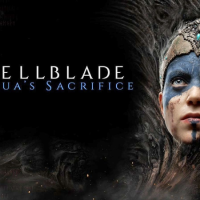